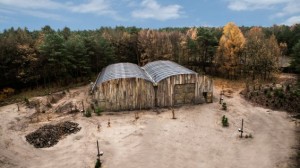 According to The Hollywood Reporter, FOX has pulled the Tuesday edition of reality series Utopia effective immediately. The series, which brings together 15 people of different backgrounds and forces them to build their own functioning society, will be replaced by animated encores and FOX’s coverage of the World Series until reality-competition MasterChef Junior premieres in November. The cooking competition was a surprise hit last season on Fridays, thereby earning itself a renewal, while Utopia will now air exclusively on Fridays.

The move doesn’t come as a surprise considering the negative buzz and poor ratings for Utopia. After posting mediocre numbers in a special Sunday preview, the series has floundered on both Tuesdays and Fridays, putting FOX in fourth place in the time slot and possibly harming comedies New Girl and The Mindy Project. This way, the show can concentrate its audience and FOX doesn’t have to worry about falling to fifth place this coming Tuesday when The CW’s likely potent Flash/Supernatural lineup premieres.

The first new fall series to premiere this season, Utopia becomes the first new fall show to be pulled, though it might be able to avoid becoming the first outright cancellation if it can post some decent Friday numbers. The show recently instituted a voting-out process designed to rid itself of some of the characters that drew negative buzz upon the show’s initial airings.

Are you surprised that FOX didn’t cancel Utopia entirely? What do you think will air on Tuesdays after MasterChef Junior finishes its second season? Should FOX have moved another series (e.g. Red Band Society) to Tuesdays instead of MasterChef Junior?