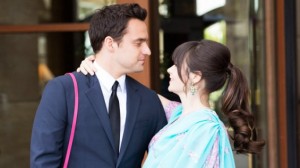 FOX has revealed the premiere dates of its fall schedule and unlike most networks, they’re opting to start earlier rather than later. The two-part season premiere of the newly revamped X Factor will kick things off on September 11th and 12th, with the rest of the lineup premiering during the week of September 16th, the week before the designated primetime premiere week that CBS will be targeting. Exceptions to this pattern are Masterchef Junior, which bows more than two weeks following the season finale of its mothership, and Animation Domination, all of which return on September 29th. Elsewhere, FOX’s lineup will shuffle come November 4th, when Almost Human makes its series premiere and boots Bones to Friday, where it will join Raising Hope and Enlisted come November 8th. Currently waiting in the wings are Surviving Jack, Us & Them, and Gang Related, among other future FOX midseason offerings.

You can check out FOX’s 2013 schedule here, as well as trailers for its new shows here and the premiere dates for NBC, CBS, and The CW here, here, and here.

Which FOX shows will you be watching next season? Do you think they ordered too many new shows to be able to fit everything into the season? Will they find their next big hit out of the most recent series orders they made?