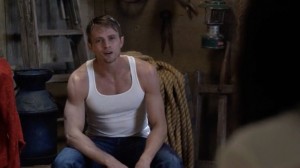 The CW has become the third network to unveil its fall 2013 premiere dates and like last season, they’re concentrating their premieres in early October, with Hart of Dixie and Beauty and the Beast kicking things off on October 7th. Arrow, The Tomorrow People, The Vampire Diaries, and Reign will all bow during the rest of that week, with The Originals and Supernatural premiering the following week and The Carrie Diaries bringing up the rear as the final CW fall premiere.

The strategy of waiting until later to premiere their shows worked fairly well for The CW and helped Arrow become the type of building block needed to sustain the network. While the wait can allow people to already set their viewing habits, it reduced the amount of reruns the serial-heavy channel had to air and allowed them to have a certain marketing space all to themselves in which to launch their series. This season in particular should be a test for The CW, since their fall schedule is vastly different than where they were last season and could either pop thanks to the reshuffling or fizzle due to the movement. The network’s midseason series, post-apocalyptic The 100 and fantasy romance Star-Crossed, have yet to be schedule, while the finale of America’s Next Top Model: Guys and Girls has yet to be announced. The Tyra Banks-hosted reality-competition debuts on Friday, August 2nd at 8:00.

You can check out The CW’s fall 2013 schedule here, as well as trailers and previews for each of its new series here, here, and here.

Which CW series will you be watching next season? Should the network continue to delay the start of its season to October? Will any of the new CW shows breakout the way Arrow did last season?