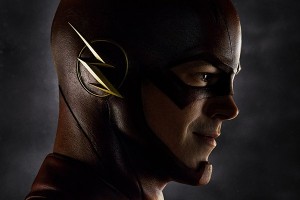 The CW has released trailers for two of the four new series it’ll be premiering in 2014-2015 – The Flash, an Arrow spin-off starring Grant Gustin; and Jane the Virgin, a dramedy based on a popular telenovela about a driven young woman who accidentally gets artificially inseminated. Trailers for midseason offerings The Messengers, about a mysterious event that links a group of people, and iZombie, a supernatural procedural from Rob Thomas (Veronica Mars) have yet to be released.

Which CW trailer looks the most promising? Will you be watching both The Flash and Jane the Virgin this fall? Why do you think The CW has avoided releasing trailers for its midseason shows?

The Messengers
Premise: Drama about a mysterious object plummeting to Earth and the impact it has on a select group of people
Cast: Shantel VanSanten, Jon Fletcher, Joel Courtney, Anna Diop, Sofia Black-D’Elia