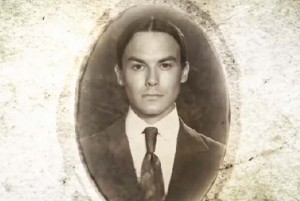 ABC Family has released the official preview for upcoming series Ravenswood, the first such preview that features new footage. Previously, the marketing campaign for the Pretty Little Liars spin-off feature ominous images of cemeteries and raven feathers. This time, though, we get to see spooky gravestone photos, a creepy funeral director, and someone being suffocated, among other horror-heavy imagery that suggests the show is premiering at the right time of the year and could separate itself from its mothership.

From Liars executive producers Oliver Goldstick and Joseph Dougherty, as well as creator Marlene King, Ravenswood brings Caleb Rivers (Tyler Blackburn) to a town not far from Rosewood, Pennsylvania, a town that has been ravaged by a curse for generations. After hopping on a bus to Ravenswood in the recent summer finale of Pretty Little Liars, Caleb finds himself connected to four strangers, with the five-some responsible for digging into the town’s past and figuring out the source of the curse, as well as any possible way to reverse it. If they can’t find a way to halt the curse from continuing its deadly path of destruction, they might find themselves its next intended victims and Caleb could end up permanently separated from Rosewood.

The series premiere of Ravenswood is set to air Tuesday, October 22nd at 9:00 on ABC Family following the Pretty Little Liars Halloween special. You can check out another trailer for the series here, as well as an additional promo here and a full description of the first episode here.

Will you be watching Ravenswood? Aside from the supernatural elements present in Ravenswood and the more horror-leaning vibe, how do you think the show will compare to Pretty Little Liars? Is there a chance that Caleb doesn’t make it to the end credits of the series?