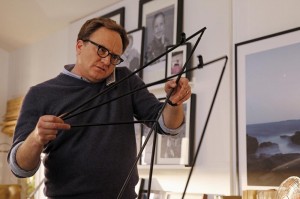 One year ago, Kate and her best friend Meg were indulging in yet another post-breakup session of karaoke at Casa Grande when Kate fell into the lap of attorney Peter, who she inadvertently gave a bloody nose with her microphone. At the hospital, the two sit in the waiting room and compare scars – one from punching a crossing guard, one from falling down the steps (that earned him a free law education), one from a melanoma scare. Before Kate can get too attached to him, though, a woman and three kids come running into the waiting room, seemingly Peter’s family. He clarifies that she’s his ex-wife Jackie and that the two older kids, twins Warren and Hillary, are from his other ex-wife Diane, who works as a doctor; the other child, Bert, was adopted from China by Jackie. Diane comes out to the waiting room and makes new age-y Jackie stop practicing raiki, setting Peter’s broken nose back in place shortly after.

An offer for coffee escalated quickly and now, Kate is married to Peter and attempting to adapt to a domesticated life. Only it’s not going so well, as she continues to burn breakfast and hasn’t connected with Hillary as much as she’s connected with Warren. Before school one morning, she tries to tell her stepdaughter, who’s going to a concert that evening, about a time she went to Lollapalooza and ends up giving her advice on smuggling vodka in a water bottle. When the kids get off to school, Peter gets a call from Warren’s teacher, requesting he come in for a conference. However, both he and Diane are busy, so Kate volunteers to go in his place, letting Meg take Bert to orchestra.

Kate’s arrival at school draws cat calls and results in an awkward conversation with Mrs. Steinberg, where she ends up using the sentence “we’re all aging” and noisily dragging a students’ desk up to the teachers’ desk. Just then, Diane arrives, confused as to why Peter didn’t show up – she postponed a surgery to be there, after all. The reason they were called in was Warren wrote an inappropriate story for an assignment on Greek mythology, which ended up reading like Poseidon erotica and mentioned “milky grapefruits,” licking ankle tattoos, and age not being anything but a number. Diane, noticing Kate’s ankle tattoo, thinks that the story is based on Warren’s attraction to her and questions what Kate wears around the house before taking control of the situation and claiming to have everything under control.

Meg drives soccer-solar system-Lego enthusiast Bert to his orchestra practice and has to stop at the Hopback, a bar she works at, to get her paycheck. She ends up taking too long, though, and Bert calls Kate when he realizes he’ll be late and therefore, won’t get to solo. Meg comes back out and Bert won’t let her into the car until he gets the $106 Lego fire station he had been saving for. Rather than letting her into the car and drive to the store, he forces her to walk to the toy store before he’ll allow her inside. Elsewhere, Peter catches Jackie trying to steal one of Bert’s twin hamsters and she confesses that since the other twin died, she wanted to replace it with the one he keeps at Peter’s house and force Peter to have the difficult conversation about death. Jose, the live hamster, escapes and Peter accidentally kills him by shutting the door on him, forcing him and Jackie to the local pet stories to find twin hamsters. They get kicked out of the first one when she brings the bag she was keeping Meatball (the hamster that died first) in and mentioning that Peter killed the other one.

After school, Kate catches Hillary and her friends crowding around a water bottle filled with vodka. Hillary can’t afford to be busted, not with the concert so close and her mother so punishment-happy, so when Diane asks for the nearly-full bottle from Kate, Kate ends up chugging it all and getting wasted. During the car ride home, Kate keeps burping and spits the mints Hillary gives her back into the container, though nobody questions her sobriety. Everybody gets back to Peter’s house at the same time, with Bert showing off the station Meg bought and Peter and Jackie debut the new puppy they bought to make up for the hamsters. Once inside, while Kate speaks to Peter in German about what happened at school, it becomes more obvious that Kate is drunk and Hillary’s friend Chelsea, who Warren has a crush on, is one of the first to mention it. However, Kate is too busy noticing Chelsea’s ankle tattoo and remembers Warren talking her that morning, pointing to her being “milky grapefruits”.

Hillary ends up confessing to having the vodka and Kate drinking it to protect her, causing Kate to hug her and Diane to bring up the subject of rehab. However, she merely gets grounded from the concert that night and Warren gets the go-ahead to go with Chelsea. Later, Peter wakes a still hungover Kate up and she mentions how she has no idea what she’s doing in this family but that she’s still figuring things out. Bert finally figures out that Jose is gone and asks Peter to help him look, which he does.

Additional thoughts and observations:
-“These are peaches at most. No complaints. Not relevant.”
-“Oh, you are going to hell.” “Yes, I am.”
-“Thanks for the ride, Dr. Pepper.”
-“Hey, look, it’s another person.”
-The song that Kate and Meg were singing at the beginning of the episode is “Jump (For My Love)” from The Pointer Sisters. An inspired choice, really. What’s your karaoke song?

-Of all the comedy pilots I’ve seen this season, Trophy Wife has far and away the most fully-formed world, which is a great sign going forward. It knows what it is, it knows what it does well, and it won’t have as many okay-ish episodes while it gets its feet. While the pilot wasn’t the funniest thing in the world, with the climax with everyone arriving to Peter’s house feeling way too sitcom-y, think the show could wind up being a creative bright spot on ABC’s schedule.
-Another encouraging thing: good kid performers. Bert was funny, though they’ll have to be careful how they deploy him lest he become Muggy Sitcom Kid #342, while Warren and Hillary were both well-done and extremely believable. In fact, the three new ABC comedies I’ve seen thus far have a pretty consistent lineup of child/teen actors, something that bodes well for all of them going forward.
-That being said, an in media res opening for a comedy was kind of silly and unnecessary.
-Bert’s parting gifts when he was left with Kate – 1000 hugs, 2000 noseys, and 3000 butterfly kisses. All my mom left me with when I went somewhere was some money and a promise to call.
-Poseidon erotica – something I didn’t know I wanted until it was in my life. Also, nice use of Chekhov’s trident at the end of the episode.
-The dead hamster joke? Not a fan whatsoever. Thought it was kind of tasteless, in fact. Similarly, what was up with both new ABC comedies having jokes about hamsters dying? Of all the things to coordinate…
-In addition to being a successful doctor, Diane is also a former Olympic silver medalist. Whatever she is, I’m excited to have Marcia Gay Harden back on television.
-The tag, with Peter intentionally messing with Jackie by buying 50 hide-a-keys and placing them in his yard to keep her from coming in uninvited, was awesome.
-I mostly recapped the series premiere of Trophy Wife to gauge how much interest there would be in further covering the series going forward. If you want more recaps or any other type of article written about it, please share this. I’ll be making a decision by how many hits this recap receives.
-Next week on Trophy Wife: Kate asks for (and is given) more responsibility, while Warren and Hillary spill salsa on Diane’s white couch and try to cover it up. 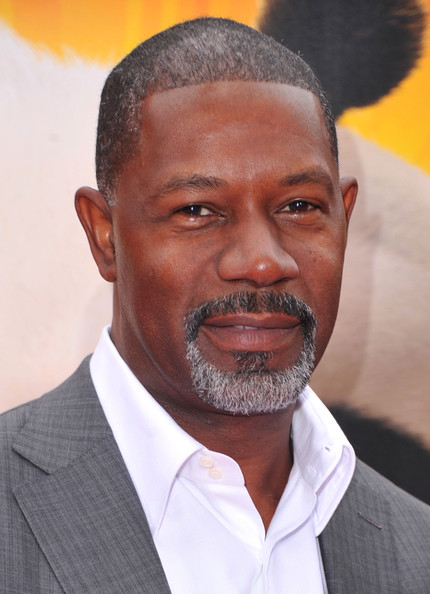 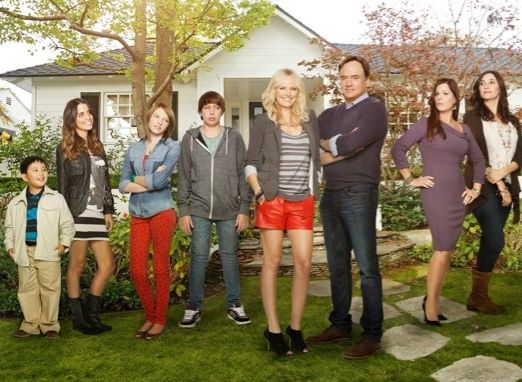