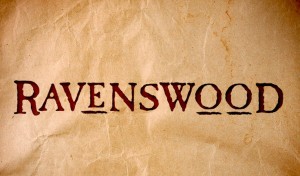 ABC Family has released the official episode descriptions for the Halloween special of Pretty Little Liars and the series premiere of Liars spin-off Ravenswood, set to premiere directly afterward. On the Liars special, Aria, Emily, Hanna, and Spencer head to the costume party in Ravenswood following their conversation with the psychic; their initial goal is to look for clues about Ali and confirm that she is indeed alive, but their focus quickly turns to the threat that has followed them from Rosewood, waiting for them to find Ali. Elsewhere, Caleb arrives in Ravenswood and begins investigating the spooky small town, plagued by a curse for generation, with a new friend, only to find out that he’s more connected the area than expected. What will Caleb find while looking into the dark corners of the town he barely knows?

Listed below are the episode titles, times, and descriptions for the Halloween episode of Pretty Little Liars and the series premiere of Ravenswood.

Pretty Little Liars – “Grave New World” (8:00)
Aria, Emily, Hanna and Spencer crash the Ravenswood Founders Day Celebration after finding a clue in “A’s” new lair that Ali may indeed be alive. Dressed in their finest Edwardian wear, the ladies hit the creepy cemetery party to find Ali before “A” can. But if Ali is truly alive, could the PLLs be leading “A” straight to their friend without knowing it? With Ezra lurking in the shadows, “A” may be closer than the girls realize.

Ravenswood – “Ravenswood” (9:00)
After opting to stay in Ravenswood to help out new pal Miranda, Caleb begins to rethink his decision, especially after he meets Miranda’s cold and unwelcoming uncle Raymond (Steven Cabral). Caleb also has some unpleasant interactions with local resident Luke (Brett Dier), who is struggling to deal with a recent family tragedy and its ensuing scandal, which has also swept up his twin sister Olivia (Merritt Patterson). Unnerved by what they witnessed the night of the party, and besieged by strange and supernatural occurrences, Caleb and Miranda begin to investigate this bizarre town. Their first ally is Ravenswood teen Remy (Britne Oldford), who has a keen insight to the town’s peculiar history and has started connecting some troublesome dots. These five teens have no idea how connected their lives are and the plans that Ravenswood has in store for them.

The Halloween episode of Pretty Little Liars is set to air Tuesday, October 22nd at 8:00 on ABC Family, while the series premiere of Ravenswood will follow at 9:00. You can check out the official trailer for the latter here.

What do you think we’ll find out during the Pretty Little Liars special? How do you feel about the cliffhanger the show used during its summer finale? Are you looking forward to Ravenswood?