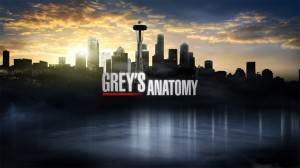 Grey’s Anatomy is a Golden Globe Winner, popular American television series which is premiered on the ABC (American Broadcasting Company) Channel, its genre being Medical Drama. The series revolves around the lives of surgical residents and interns, who work at the Seattle Grace Hospital, their medical and personal lives and how their experiences help them eventually evolve into veteran surgeons and doctors. Shonda Rhimes, the founder of the show created it to be racially diverse and hence, applied a color blind casting technique. Rhimes now, is the Executive Producer, alongside Betsy Beers, Rob Corn, Allan Heinberg, Mark Gordon, Mark Wilding and Krista Vernoff. The series is known to have received and maintained a high viewership as well as ratings since its very inception in March, 2005. Till date, nine seasons of Grey’s Anatomy have been aired on ABC and the episodes are majorly filmed in Los Angeles in California.

Actress Ellen Pompeo portrays the character of the show’s protagonist, Meredith Grey, who is the narrator and the focal point of most episodes of the series. Meredith is the daughter of the most accomplished surgeon, Ellis Grey and is seen coping up with her everyday life, with her mother suffering from Alzheimer’s and her relationship crisis with Dr. Derek Shepherd, who eventually becomes her husband in the later seasons. Meredith was amongst the initial main characters of interns, the others being, the harsh Karev, anxious O’ Malley, happy-go-lucky Stevens and the competitive Yang. All five of them are initially mentored by Dr. Bailey, one of the senior residents and their entire surgical program is headed by Dr. Webber, who is the chief of Surgery. The attending who work under Webber are Dr. Shepherd, specialized in Neurosurgery and Dr. Burke who is a specialist in cardiothoracic surgery and later becomes the love interest of Christina Yang. Among the other initial main characters, who are introduced in season 3 are Dr. Montgomery, who is the obstetrician-gynecologist and surgeon, Dr. Sloan, who is a Plastic Surgeon and Dr. Torres, an Orthopedic Surgeon. Montgomery comes back to Seattle to get back with her husband Derek, after having an alleged affair with Sloan, who is actually Derek’s best friend. Torres is the love interest of O’ Malley, who later becomes his wife, but their relationship doesn’t last longer. Season 3 sees the entry of Meredith half-sister, Lexie, who joins the hospital for her internship after the sudden death of her mother. Burke and Yang plan to get married but laves Yang at the altar on their wedding day, followed by his exit in the season 3 finale, along with the exit of Montgomery.

In the fourth season premier Meredith, Karev, Yang and Stevens get promoted to become residents, where O’ Malley doesn’t make it through. In the early season, a new entrant Dr. Hahn becomes Torres’ love interest and leaves the show in the fifth season and two new characters are introduced, trauma surgeon Hunt and Robbins, who is a pediatric surgeon. Fifth season also sees Karev & Stevens and Meredith and & Shepherd getting married.

In the later seasons O’ Malley passes away, Stevens leaves due to her relationship not working out with Karev and various new characters are introduced as the hospital joins hands with Mercy West.