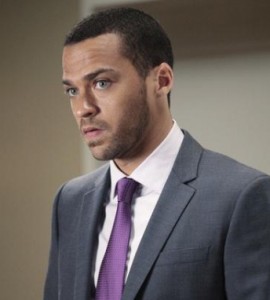 It’s been a long wait for all Grey’s Anatomy mid-season premiere is just two weeks away. Much has been talked about the 13th episode ‘Take it Back’ after we saw the sneak peek. So here we share some more with you and behold, there are spoilers ahead!

Here’s what ABC revealed: the doctors of Grey Sloan Memorial are facing the consequences of April Kepner’s wedding, Callie and Arizona are about to take a big decision about their relationship and Alex reacts big time on his father’s news. Let’s talk about Kepner’s wedding first. What would you do if in the middle of your wedding your ex confesses that they still love you, of course April has a huge decision to take in a matter of seconds, where the entire hall is stunned by Jackson’s declaration.

Now for Karev’s reaction; we already know that Shane performed the ill-advised surgery on Jimmy due to the absence of doctors who are attending Kepner’s wedding. Now what Shane did saved Jimmy for a while but we would lose him eventually which would lead to a huge emotional crisis for Karev. We could also say that Shane’s guilt over Heather’s death was a huge factor of this surgery.

And lastly, we saw some sparks flying between Callie and Arizona lately but we also saw a discomforted Arizona who is being treated by Callie in a different way. April is Arizona’s confidante, but there is yet another woman in question. We really don’t know about this one.

So, what do you think? Will Kepner call off the wedding or will Jackson take back his words? Are things really okay with Calzona? Catch the 13th episode ‘Take it Back’ Grey’s Anatomy Season 10 on February 28th only on ABC. Let’s have another look at the promo of the mid-season premiere episode: