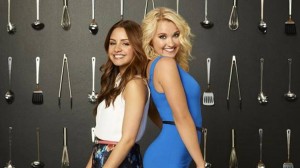 ABC Family has announced that procedural Stitchers has been picked up to series, with summer comedy Young & Hungry being renewed for a second season.

“Stitchers is new ground for us and I’m excited to bring procedurals to the network,” said Tom Ascheim, President, ABC Family. “We think our fans will love the intricate mysteries that Stitchers will solve week to week as much as they love our relationship-driven dramas. We are also going back for seconds of our new comedy, Young & Hungry. Good food, good laughs – of course we want more.”

From Jeffrey A. Schechter (Overruled!), Stitchers tells the story of a young woman recruited by the government to be “stitched” into the minds of the recently deceased. She’ll use the memories of each person she finds herself in to help investigate their murders and decipher mysteries that wouldn’t have had a chance to be solved. Executive produced by Jonathan Baruch and Rob Wolken, Stitchers stars Diane Farr (Numb3rs), Emma Ishta (I Smile Back), Felix Gomez (Un lugar en el mundo), Kyle Harris (The Carrie Diaries), and Minni Jo Mazzola (Parks and Recreation).

Over the course of its 10-episode first season, which concluded late last month, Young & Hungry ranked as basic cable’s #1 telecast in its time period in Adults 18-34, and Women 18-34, as well as other key demos. From David Holden (The War at Home), the series follows the impact of a young entrepreneur (Jonathan Sadowski) hiring a feisty personal chef (Emily Osment). The series also stars the likes of Rex Lee (Suburgatory), Kym Whitley (I Love You, Man), and Aimee Carrero (The Americans), though there’s no word on when the second season would actually premiere.

Per Deadline, ABC Family has also formally cancelled Young & Hungry‘s lead-out Mystery Girls, confirming reports surfacing that the Tori Spelling comedy wouldn’t continue following its own 10-episode first season. A decision on fellow newbie Chasing Life, however, should be made sometime in early 2015, as the show will continue its first season this coming January.

Will you be watching Stitchers? Do you think the ABC Family audience will accept a procedural when it’s been conditioned to watch relationship dramas? When do you think Young & Hungry will return for its second season?