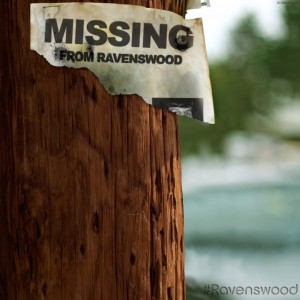 ABC Family has released a trailer for upcoming Pretty Little Liars spin-off Ravenswood and while we don’t get much in the way of plot, it’s visually striking enough to appeal to not just Liars fans.

In Ravenswood, a town not far from Rosewood has been plagued by a deadly curse for generations. Five strangers get brought together through unexpected circumstances and find themselves bound by the desire to figure out why exactly their town has been cursed and what they can do to in order to lift it. Their safety, and the fate of their family and friends, depend on finding the answer that has eluded Ravenswood for years, but in order to come up with a solution, they’re going to have to go deep into the town’s dark past and evade those who wish to keep the reason for the curse hidden. Will the five strangers, who must become friends if they have any chance at survival and victory, be able to solve the incredibly complex puzzle that is Ravenswood and keep everything they know and love safe in the process?

The series premiere of Ravenswood is set to air Tuesday, October 22nd at 9:00 on ABC, where it will follow the annual Pretty Little Liars Halloween special.