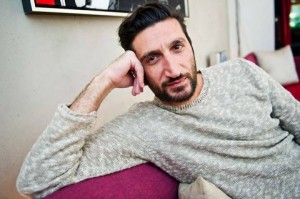 According to The Hollywood Reporter, FX drama pilot Tyrant has added Aramean actor Fares Fares (Zero Dark Thirty) in a series regular role. He’s set to portray Fauzi Nadal, a friend of the main character’s and a man from a war-torn city vehemently opposed to the tyrannical rule it’s been under for years.

From Howard Gordon (24, Homeland) and Gideon Raff (Homeland), Tyrant tells the story of an unassuming American family who are lured into the web of treachery, deceit, and absolute power of a Middle Eastern nation. Should the pilot be picked up to series, which looks like a distinct possibility considering that there’s already a writer’s room working on additional scripts, the series would be ran by Craig Wright (Six Feet Under).

Tyrant is one of two drama pilots currently in contention at the network, along with Guillermo del Toro’s The Strain, also considered a lock for a series pickup in the near future. While both pilots are from well-respected players in the entertainment business and feature buzzy casting and intriguing premises, the network is in need of additional product now that it has split into two different entities, thus depleting the amount of programming it currently has at its disposal. Even if each didn’t have all the positive factors going for it, they’d likely still be heavily considered for series pickups, considering the space available on the network.

In addition to his role in the Oscar-nominated 2012 film, Fares has appeared in the likes of Safe House, Easy Money, and Kill Your Darlings. Should Tyrant go to series, it would be his first American television role following appearances in Swedish series Golden Brown Eyes and Maria Wern. He joins a cast that includes the likes of Jordana Spiro (The Mob Doctor) as a cultural attaché and Justin Kirk (Weeds) as an American diplomat.

Does Tyrant sound like something you would watch? Who else would you like to see join the cast? Would the series fit alongside dramas like The Americans, The Bridge, and American Horror Story?