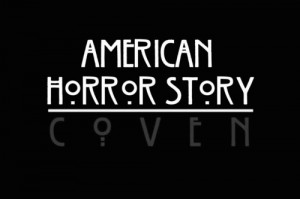 FX has announced that the third season of Emmy-winning miniseries American Horror Story will premiere Wednesday, October 9th at 10:00. As with the past two seasons, the series will continue through January, where it will air its season finale the week before The Americans begins its second season. Current Wednesday drama The Bridge will thus wrap up its first season on October 2nd and leave American Horror Story as one of only two series on FX this fall following the splintering of the network into two different entities. Along with Coven, Sons of Anarchy will be airing on FX this fall, only on Tuesdays and with a 90-minute sixth season premiere.

Reportedly set to be more comedic than last season, Coven tells the story of the secret history of witches, who are nearly extinct following the persecution they faced in Salem. Currently underground and doing what they can to avoid detection, mysterious attacks have been escalating in recent times and young casino online witches are being sent to New Orleans in order to learn how to protect themselves from those who wish to see their kind finished off. It”s gotten bad enough, and threatening enough, where the Supreme Witch has made her way to town, ready to impart knowledge on her coven that could save their lives.

Production on American Horror Story: Coven is currently underway in New Orleans. You can check out the first four teasers released for the season below.

Will you be watching American Horror Story: Coven this season? How do you think this season will compare to Murder House and Asylum? Do you like that the show bleeds over into January each season?