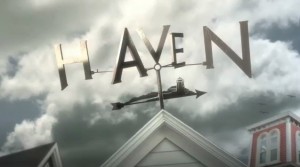 Syfy has revealed the premiere dates of the series and movies that it will be airing during the remaining part of 2013.

Kicking things off will be the return of Ghost Mine on Wednesday, September 4th at 10:00; the season follows a team of paranormal investigators at Oregon’s Crescent Mine as they try to figure out whether it’s actually haunted and what the Masonic symbols and Native American presence mean. A new addition to the team is already confirmed. The fourth season of Haven is set to premiere on Friday, September 13th at 10:00, with the town recovering from the violet meteor storm that occurred during the third season finale. This season will find Eureka‘s Colin Ferguson playing a mysterious stranger whose agenda leads him to Audrey, who disappeared at the end of last season.

Fangasm will have its series premiere on Tuesday, September 24th at 10:00. The docuseries follows seven different people who live and intern together at Stan Lee’s Comikaze, known as Los Angeles’ largest pop-culture convention. One member of the cast, which will include fans of everything from cosplay to LARPing and collectibles, will receive a job offer from the legendary figure in geek culture.

September will see the debut of two movies on the Sharknado network, beginning with Ragin Cajun Redneck Gators on Thursday, September 5th at 9:00. Starring Victor Webster (Continuum) and Jordan Hinson (Eureka), the film finds contaminated moonshine being dumped in a Louisiana swamp and creating deadly mutants out of the gators. Saturday, September 14th will see the premiere of Robocroc, where a nanotech experiment goes awry and transforms a crocodile into a killing machine. Robocroc stars Corin Nemec (Stargate SG-1) and Dee Wallace (E.T. the Extra-Terrestrial).

Aside from the annual 31 Days of Halloween event, Syfy is set to premiere three series and three movies during the month of October. On the series side, there’s the fall premiere of Ghost Hunters on Wednesday, October 9th at 10:00, with investigations happening in a mansion in Arkansas, a former insane asylum and animal testing lab in Pennsylvania, and The Surf Hotel on Block Island, Rhode Island; a Scare Tactics marathon on Monday, October 21st at 8:00, complete with six consecutive new episodes of pranks; and Naked Vegas, centered on the world of a Las Vegas body painting company, debuting Tuesday, October 29th at 10:00. In terms of movies, October will see the premiere of Scarecrow, where Robin Dunne (Sanctuary) and Lacey Chabert (Mean Girls) are terrorized by a murderous scarecrow; The Ritual, about a college student (Cassie Thomson) who risks her life to save the spirit of her dead mother; and Zombie Night, which stars Darryl Hannah (Splash), Anthony Michael Hall (The Breakfast Club), and Shirley Jones (The Partridge Family).

This November, the network will be premiering the second season of Haunted Highway on Wednesday, November 27th at 10:00 with an episode that puts the two teams together and forces them to investigate the island of Dry Tortugas. Additionally, Bering Sea Beast will debut sometime during the month; starring the likes of Cassie Scerbo (Sharknado) and Jonathan Lipnicki (Jerry Maguire), it tells the story of a colony of sea vampires being discovered by gold prospectors.