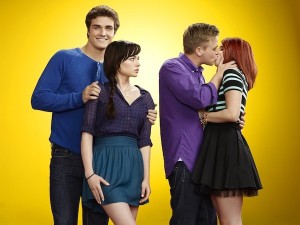 At their TCA session, MTV made several key announcements about its programming in the coming months and what it has in development. The network will be premiering an as-yet-untitled Miley Cyrus documentary this fall that will document the recording of her upcoming album and the personal transformation she’s underwent over the last few years. Cyrus’s documentary joins similar MTV one-hour special presentations centered on the likes of Britney Spears, Demi Lovato, and Lady Gaga.

Aside from confirming that Teen Wolf‘s winter season will begin January 6th, MTV revealed that the fall season of Awkward and the third season of Snooki & JWOWW will both debut in October, though no concrete premiere dates have been announced. Additionally, the network will be unveiling two new docuseries to go along with said established hits in Generation Cryo, about children who were conceived through anonymous sperm donors, and Nurses, following a group of travel nurses assigned to work at an Orange County hospital for 13 weeks. The former will premiere sometime this November, while the latter is set to make its debut on an undetermined date this fall.

In terms of development, MTV has named Jay Beattie (Revenge, Criminal Minds) and Dan Dworkin (Revenge, Criminal Minds) as writers for the highly anticipated series adaptation of horror movie franchise Scream. The network also announced two new pilots, including high school buddy comedy Faking It and Happyland, which tells the story of a girl whose mother works at a theme park. No new drama pilots have been added to the MTV development roster, however.

Which new comedy pilot do you think sounds like a better fit for MTV? What will it take for MTV’s unlucky scripted streak (e.g. the one season runs of Skins, The Inbetweeners, Zach Stone is Gonna Be Famous, Underemployed, and I Just Want My Pants Back) to be broken? Are you looking forward to the next season of Awkward?