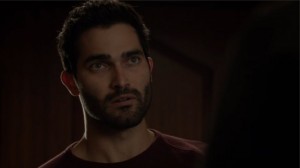 Teen Wolf, which will be without the services of Crystal Reed and Daniel Sharman, will return for its fourth season Monday, June 23rd at 10:00. Aside from reintroducing a villain from Beacon Hills’ past, this season will consist of 12 episodes, down from the 24 episodes that made up season three. Ridiculousness, meanwhile, is set to return Thursday, July 10th at 10:00, with Rob Dyrdek, Sterling “Steelo” Brim, and Chanel “West Coast” taking on the world of viral videos.

After premiering new comedy Faking It earlier this month, MTV will be premiering new drama Finding Carter Tuesday, July 8th at 10:00. The series, which stars Kathryn Prescott (Skins), tells the story of Carter, a teenage girl who thought she had the perfect life until discovering that the woman she thought was her mother actually abducted her when she was a toddler and raised her as her own child. Also coming to MTV this summer is Snack-Off, a reality-competition series from the mind of Rob Dyrdek. Hosted by Eddie Huang, the series finds amateur cooks battling it out in snack inspired challenges and will premiere Thursday, July 10th at 10:30.

In addition to renewing The Real World, Snooki & JWOWW, and Girl Code, MTV announced three series that should be premiering in the near future: Slednecks, a half-hour docu-series about a group of friends living in Alaska; One Bad Choice, which explores the consequences of bad decisions made by young people; and Beyond Dance, a competition series that challenges professional dancers to move in ways that go beyond what they know.

What do you think will happen during the fourth season of Teen Wolf? Will you be watching Finding Carter this summer? Which newly developed series do you think sounds like the best fit for MTV?