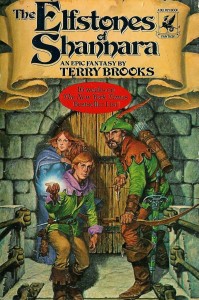 According to The Hollywood Reporter, MTV has ordered Shannara, an adaptation of the Terry Brooks Shannara novels, straight to series, giving the production a 10-episode first season. No casting has been made on the project.

Adapted for television by Jon Favreau, Al Gough, and Miles Millar, Shannara centers on the Shannara family, whose descendants are empowered with ancient magic and whose adventures continuously reshape the future of the world. The first season of the series is said to be based on The Elfstone of Shannara, the second title in the 25-book series and one that has sold some 26 million copies in the United States. Jonathan Liebesman (Teenage Mutant Ninja Turtles) is slated to direct the first two episodes before joining the series as an executive producer.

Shannara will be the second genre drama on MTV’s schedule following the success of Teen Wolf, with the network’s other scripted content ranging from high school comedy Awkward. to abduction drama Finding Carter. Among the projects picked up to series that have yet to air are comedy Happyland, to premiere this September, and Victoria Justice vehicle Eye Candy, which is undergoing serious retooling following its pilot. MTV also has a Scream pilot still in development, the only project currently on their development slate.

Will you be watching Shannara? Do you think the show can become something of a Game of Thrones for teens? What type of scripted content would you like to see MTV pursue in the near future?