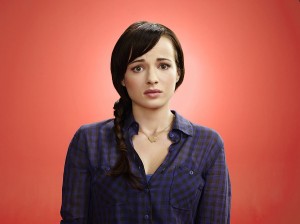 MTV has released the official trailer for the next 10 episodes of hit comedy Awkward, which will premiere sometime this fall. The summer finale, having aired last night, centered on Jenna giving in to her attraction to Colin and cheating on Matty, something that the trailer showcases the ramifications of. While Tamara and Ming want to be supportive of Jenna, they can’t go along with how she’s acting and when Jenna chooses to change how she looks to be with Colin, she might be facing a future without her friends – or Matty. Critical and fan reaction to the actions of Jenna Hamilton has been fairly negative and the character has been deemed as selfish and unlikable, but has she gone too far this time in choosing to continue seeing (and kissing) Colin?

The network also confirmed that Zach Stone Is Gonna Be Famous has been pushed back to 11:00, with Money From Strangers assuming its 10:30 slot from here on. The Bo Burham comedy has struggled in the ratings since its debut and after hitting series lows last week, MTV made the move to lessen the impact it has on their primetime schedule. While not officially canceled, Zach Stone is a dead show walking and unless ratings make enormous strides over the final half of its season, it won’t be continuing for a second season. The show stars Burham as a directionless high school graduate who eschews the college path his friends take and decides to pursue his goal of becoming famous. However, the path to infamy for the former outsider proves to be more difficult than expect. You can check out a sneak peek of the next episode, where Zach plans to create a dating show called The Zachelor, here.

What do you think of the Awkward midseason trailer? Will Jenna realize the error of her ways and be able to save her relationship with Matty? Have you been watching Zach Stone Is Gonna Be Famous?