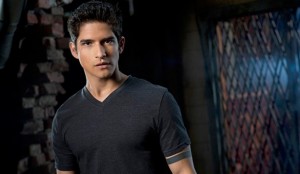 MTV has announced that the second half of Teen Wolf‘s 24-episode third season will premiere Monday, January 6th. The show, which currently ranks as the #1 program across all TV in its time slot among P12-34, is having its highest-rated season to date, so while a fourth season renewal decision won’t come until the new year, if it keeps at the levels it’s currently at, there’ll be more Teen Wolf to come for quite a while.

The premiere date announcement came during the show’s fourth consecutive visit to Comic-Con, which also wrought a trailer for the next five episodes in Scott McCall’s journey from ordinary teenage boy to Alpha wolf. The 90-second clip highlights just how strong the show can be in presenting horror images and indicates that a showdown between Scott and Deucalion is imminent, but as far as actual plot points go, there’s not much that can be gleaned from the trailer. Scott’s mom gets taken by Deucalion and there’s a not-surprising-yet-also-kind-of-surprising kiss between two series regulars; otherwise, it’s car chases, shirtlessness, teeth baring, cryptic words, and screaming, with Scott being left without a plan regarding how to take Deucalion out for good. With the help of Dr. Deaton, Miss Morrell, and the team he has behind him, can Scott figure out how to triumph over Deucalion and embrace his status as an Alpha?

Teen Wolf airs Mondays at 10:00 on MTV. On the next episode, Scott, Allison, and Stiles seek answers from two conflicting narrators and discover a secret about the color of a werewolf’s eyes. You can check out a sneak peek here.

What have you thought of season three of Teen Wolf thus far? Can you pick out any storylines from the trailer below? Where do you think the show will go over the final five episodes of the summer and the upcoming 12 winter episodes?