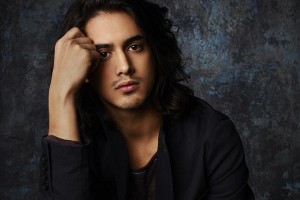 While Jo was quick to pledge her allegiance to the United States of Danny Desai, Lacey still hasn’t fully committed herself to her friend’s cause. With her strong desire to remain the popular girl she’s worked hard to become, as well as retain her jock boyfriend and sterling reputation in and around Green Grove High, she hasn’t let herself be seen much with Jo or Danny since he came back from juvie. Her feelings may be one thing, but she’s made it very clear that above all else, above the safety and concerns of her friends, she values what other people think and there’s no signs that she’s changing that anytime soon. If Danny wants to grow closer with his former friend and be around her in public without fear of repercussion, he may have to wait until his name has been cleared, but on the next episode of Twisted, he decides to do something about the tension between them instead.

After watching her stand up for him against Archie’s continued verbal assaults and turn around and inquire about Tara’s death, Danny calls Lacey on the mixed signals she’s been sending him. She’s shown signs that she believes in her friend and that she sees the little boy she used to know still lurking inside, but she’s not publicly acted on that thus far on Twisted. Her defiance against Archie wasn’t just about his attitude toward Danny, as she’s still hanging on to suspicion about his whereabouts on the night of the party, and there’s been no show of support for Danny on a larger scale – nothing as simple as her walking around school with him or being seen with him around town. Until then, Danny’s going to think that she’s deliberately playing both sides of the fence and sooner or later, he’ll make her choose where her true loyalties lie. Will Lacey decide that she trusts Danny enough to risk her hard fought popularity? Or is there a chance she’ll leave him high and dry for the comfort of the Green Grove hive mind?

Elsewhere on Twisted, Jo questions Tess about Vik’s final days, while Rico confronts Jo about her obsession with Danny’s case and Kyle uses Karen’s botched job interview to his advantage.

Do you think that Lacey has been sending Danny mixed signals? How will Jo react to being confronted about her obsession with Danny’s case? Will Kyle be able to get something damaging out of Karen?