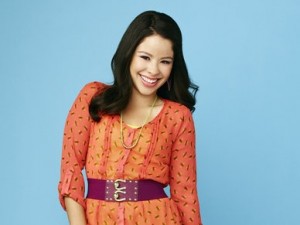 All Mariana wanted was to be closer with her mother and find out details about her formative years, but instead, her reconnection with Ana has been nothing but a headache. She’s been forced to sell Jesus’s pills in order to give her money, getting her brother both upset at her and in trouble with their moms, and she’s yet to find out anything substantive about her pre-foster life; luckily, though, Mariana has gotten clued in on the fact that this isn’t going anywhere and that her birth mother doesn’t seem interested in getting to know her whatsoever. While it’s good for her as a person to be able to figure things like this out herself, is it too late for her to shake Ana, now that the topic of rehab has been brought into the conversation?

On the next episode of The Fosters, Ana won’t stop contacting Mariana and has resorted to calling her home phone in order to get her attention. Even with Mariana insisting that she has no money and that she won’t resort to stealing from her moms, Ana still hasn’t relented, meaning that she has a choice to make. Either she can go straight to Lena and Stef with what’s going on, opting to take her punishment in exchange for the help they would provide, or she can figure out a way to rid herself of Ana once and for all, resigning herself to the fact that she’ll never be close with her birth mother. But considering that Jesus knows that she’s still talking to Ana (and overhears them on the phone), he might opt to take charge of the situation and do what Mariana has been unable to do: send a message to Ana that there’ll be no more money given to her from here on out.

Elsewhere on The Fosters, Lena’s ex-girlfriend visits and inadvertently raises issues for her and Stef, while Brandon struggles to satisfy his demanding piano teacher, Callie lends her support to Talya after a video gets leaked, and Mike’s drinking has become a concern.

Should Jesus take matters into his own hands and visit Ana himself? How will Talya react to being supported by Callie during a troubling time? Is Stef going to be jealous of Lena’s ex?