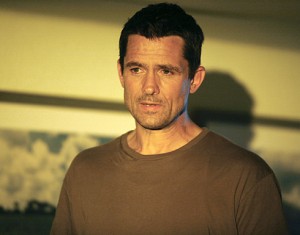 Deadline is reporting that Billy Campbell (The Killing, Once and Again) has signed on to play the lead in upcoming Syfy thriller Helix, which will premiere sometime next January. Campbell will portray CDC pathologist Alan Farragut, a man whose marriage was broken by an affair his wife had with his brother, a brother who is in desperate need of an antidote after becoming infected by the outbreak that recently erupted. Campbell is the first casting to be announced from the series, set to be executive produced by Ronald D. Moore (Battlestar Galactica) and showran by Steven Maeda (Lost, The X-Files).

Helix follows a team of scientists from the Centers for Disease Control who travel to a high-tech research  facility in the Arctic to investigate a possible disease outbreak.

Also according to Deadline, Pan Am alum Karine Vanasse will guest star on the upcoming season of Revenge as Margaux, a former acquaintance of Daniel’s who arrives in the Hamptons with the intention of starting a magazine. Vanasse is the latest in a line of moves the soap has made under the watch of new showrunner Sunil Nayar, who took over for creator Mike Kelley at the end of last season. The series has since let go of Ashley Madekwe, even though she’ll appear in at least the season premiere, and cast Justin Hartley as Victoria’s long-lost son Patrick; Kelley made other major moves during the back half of the season, where he killed off Amanda (Margarita Levieva) and Declan (Connor Paolo).

The third season of Revenge is set to premiere Sunday, September 29th at 9:00 on ABC. You can check out the rest of the network’s fall premiere dates here.

Does Helix sound like something that you would be interested in? Who else would you like to see join the cast? Can Vanasse help Revenge become something of a hot property again, seeing as how it lost quite a bit of buzz during season two?