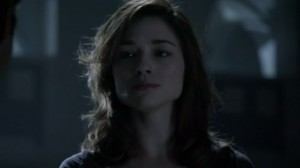 MTV has released a trailer for the second half of Teen Wolf‘s third season and in it, we see that Beacon Hills has went from a town of wolves, druids, and kanimas to attracting all types of supernatural figures. Instead of focusing purely on the physicality of battling back the things that go bump in the night, Scott and company will have a psychological battle on their hands, as the latest threat against them isn’t pure brute force or unmatched athleticism. It’s a series of opponents whose focus is mental and who will stop at nothing to weaken the protectors of Beacon Hills enough to where a physical defeat is easier.

From Stiles feeling like he’s losing his mind to Allison hallucinating about Aunt Kate, from Lydia and Isaac encountering masked demons to a dark spirit that draws its power from pain lurking in the shadows, this season of Teen Wolf will expand the evils that those in Beacon Hills thought possible and put everyone who knows of the supernatural presence in town in greater danger than they’ve been before. While Scott and company have been able to make it through past threats against their safety, they’ve never had to deal with anything like this upcoming onslaught of villains and will have to learn quickly how to contain them before it’s too late.

The second half of Teen Wolf‘s third season is set to premiere Monday, January 6th at 10:00 on MTV, with new after show Wolf Watch to air at 11:00. The series was renewed for a fourth season, likely to premiere summer 2014, this past October.

What are you expecting for part two of season three? Which aspect of the trailer has you most excited for the season to return? Who do you think will make it out of this season alive?