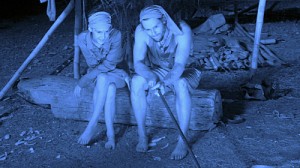 CBS has announced that Survivor has been renewed for seasons 29 and 30, taking it through the 2014-2015 television season. Jeff Probst has also signed on to return as both executive producer and host, the latter of which the five-time Emmy winner has served as since the beginning of the series.

“We are thrilled to announce this landmark renewal for Survivor, a groundbreaking show that changed the TV landscape and helped usher in a new era of ratings dominance for the Network,” said Nina Tassler, President, CBS Entertainment.  “Survivor continues to set the bar for outstanding production values, compelling storytelling while delivering fresh new adventures every season.  The show’s enduring success is a testament to the creativity and passion of Mark Burnett and Jeff Probst, and an amazing production team. We’re proud to continue this incredible journey together.”

Currently in its 27th season, Survivor wins its time period in all key ratings measures, averaging 11.29 million viewers, 3.1 in adults 18-49 and 4.1 in adults 25-54. It ranks as the #2 reality series on broadcast television in adults 18-49, trailing only The Voice. The show has been on the air since 2000 when it helped kick off the age of the reality-competition series and brought CBS back to ratings prominence on Thursdays with a blockbuster first season whose finale was only outrated by the Super Bowl.

Survivor airs Wednesdays at 8:00 on CBS. The two-hour season finale is set to air Sunday, December 15th at 8:00, with a one-hour reunion special at 10:00. As CBS has yet to announce its midseason schedule and premiere dates, the 28th cycle of Survivor has yet to be announced.

Have you been enjoying Survivor this season? What type of format do you want to see from seasons 29 and 30? How long do you think the show can (and should) continue?