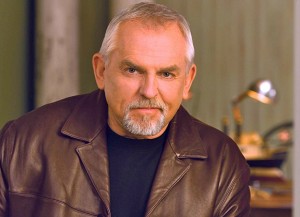 TVLine is reporting that John Ratzenberger (Cheers) is slated to guest star on upcoming CBS family comedy The McCarthys. He’ll be playing Charles Ellis, the athletic director at the high school where McCarthy patriarch Arthur (Jack McGee) coaches basketball, and will potentially recur.

Created by Brian Gallivan (Happy Endings), The McCarthys follows a sports-obsessed Bostonian family fronted by worrywart Marjorie (Laurie Metcalf) and gruff Arthur. Unusually close, the family gets a shock when son Ronny (Tyler Ritter) floats the idea of moving to Rhode Island in order to take a new job, but will they be able to convince him to stay around Boston? The series also stars Joey McIntyre (The Hotwives of Orlando), Jimmy Dunn (Stuck on You), and Kelen Coleman (The Newsroom).

In addition to his role on the NBC comedy, Ratzenberger has appeared on the likes of Melissa & Joey, Legit, and Bones. He joins a guest cast that includes Jessica St. Clair (Playing House), who will be appearing as a love interest to one of the McCarthy brothers.

The McCarthys is set to premiere Thursday, October 30th at 9:30 on CBS.

Will you be watching The McCarthys? Would you like to see Ratzenberger recur on the series? Who else would you want to see appear on the first season of The McCarthys?