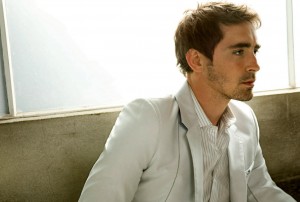 At their TCA session today, AMC announced that they’ve greenlit two of their pilots to series, with production beginning on each later this year for a 2014 premiere.

Halt & Catch Fire takes a look at the computing boom of the 1980s and follows a visionary, an engineer, and a prodigy as they tackle an industry that could make or break their personal and professional partnerships. The series stars the likes of Lee Pace (Pushing Daisies), Scoot McNairy (Argo), Mackenzie Rio Davis (Smashed), Kerry Bishe (Red State), and David Wilson Barnes (The Bourne Legacy).

Meanwhile, Turn, developed and written by Nikita’s Craig Silverstein, is based on Alexander Rose’s Washington’s Spies and takes place in the year 1778. The series follows a New York farmer who helps form an unlikely group of spies and stars Jamie Bell (Billy Elliot), Kevin McNally (Pirates of the Caribbean: On Strange Tides), and Burn Gorman (The Dark Knight Rises).

“The simultaneous greenlights today are the first in network history and  underscore AMC’s growth and commitment to original scripted programming,” said Joel Stillerman, AMC’s EVP of original programming, production and digital content. “Each of these projects takes the audience into a unique world through compelling characters told with an original voice. We are so fortunate to be  working with such exceptional talent on these series and can’t wait to bring  them to viewers.”

It should be interesting to see how the greenlight for both Halt & Catch Fire and Turn will impact the fates of The Killing and Hell on Wheels, the two weakest performers in ratings and critical reviews that the network has. The Killing, which is currently airing its third season, might be saved due to the deal the network made with Netflix that lowered the licensing fee, in addition to the more positive reception it’s had this season; meanwhile, Hell on Wheels is owned by the network, but its move to Saturdays doesn’t inspire confidence that it can keep its head above water, particularly with a new showrunner at the helm. Could AMC possibly keep all four, if ratings allow them to?

Which pilot do you think sounds better? Does the fact that AMC picked up two new shows mean that more pressure is now on The Killing and Hell on Wheels to perform? What type of show would you like to see the network pick up in the future?