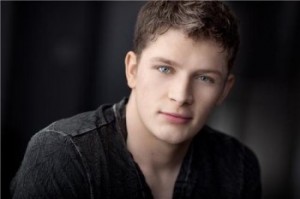 Not long after announcing that Pretty Little Liars heartthrob Tyler Blackburn will be joining its cast, Ravenswood has added two residents to the cursed town found near Rosewood. Brett Dier is set to star as Abel, a lone wolf with an old soul whose trust is hard won but who is loyal until the end, while Elizabeth Whitson has signed on to play Olivia, a once carefree and effortlessly happy spirit who has recently experienced hardship, leaving her questioning what’s important and what no longer matters. Abel and Olivia, who are twins, will first be seen during the Pretty Little Liars Halloween special, which leads into the premiere of Ravenswood.

From Pretty Little Liars executive producers I. Marlene King, Oliver Goldstick, Joseph Dougherty, and Leslie Morgenstein, Ravenswood will center on a town, not far from Rosewood, PA, which has suffered under a deadly curse for generations. Five strangers suddenly find themselves connected by this fatal curse and need to dig into the town’s mysterious and terrible history before it’s too late for each of them. Of the roles whose existence has been leaked/confirmed, only one remains uncast: Miranda, a feisty, disarming and unconventionally attractive 17-year-old whose tough exterior masks a fearless, loyal person inside. A casting announcement is likely within the next few weeks, as the start of production begins to loom.

Perhaps best known for his role as Brandon Kelly on The L.A. Complex, Dier has appeared on the likes of Bomb Girls, The Secret Circle, and Supernatural. Meanwhile, Whitson doesn’t have any acting credits.

The series premiere of Ravenswood airs this October on ABC Family. A premiere date has yet to be confirmed.

Will you be watching Ravenswood? How do you think the show will differ from Pretty Little Liars? Are you okay with the show taking Caleb from the PLL-verse, even if for a short time?