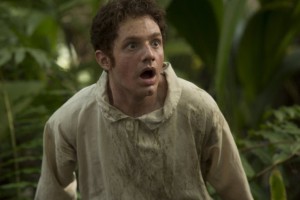 TVLine is reporting that Chris Perfetti (Crossbones) and former Late Night with Jimmy Fallon personality Bashir Salahuddin have joined the second season of HBO comedy Looking. The former will play opinionated Brady, a writer for a local paper who also manages the classifieds, while the latter will portray Malik, an activist with his eyes on the San Francisco mayor’s office. Both new characters are said to be love interests for current series regulars and both will be recurring additions to the comedy’s second season.

In addition to his role on the NBC pirate drama, Perfetti has appeared on the likes of Next Caller, which was cancelled before it aired, and Submissions Only, while Salahuddin’s television credits include The Mindy Project, Bones, and Help Me Help You. They join a growing cast that includes recent additional Daniel Franzese (Mean Girls) as Eddie, a non-profit employee who will be a love interest for a current series regular. Season one recurring players Raul Castillo (Cold Weather), Russell Tovey (Being Human), and Lauren Weedman (The Five-Year Engagement) have already been promoted to series regulars for season two.

The 10-episode second season of Looking is set to premiere in early 2015. You can check out a recap of the first season finale here.

Will you be watching the second season of Looking? Who would you like to see Perfetti and Salahuddin romance during their stints on the show? How do you think Patrick will deal with the events of the first season finale and the status of his relationship with Richie?