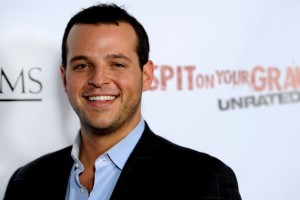 According to The Hollywood Reporter, Daniel Franzese (Mean Girls) has joined the cast of HBO comedy Looking for a multi-episode arc. He’s set to portray Eddie, who works in the San Francisco non-profit community and who will be a love interest for one of the other characters.

The most likely love interest for Eddie seems to be Agustin, who ended the first season single following a major dust-up with Frank. Getting together with someone who works with non-profits could give the struggling artist the type of perspective and direction that he needs, while the self-improvement from Agustin could make Frank rethink his decision to end things. No matter how awful things got by the end, the two had something once and if Frank sees the man that Agustin used to be coming out again, he could want to give a relationship another try.

In addition to his role in the cult comedy classic, Franzese has appeared on the likes of The Comeback, Party Down, and Burn Notice. His addition to the show follows the promotion of Russell Tovey (Being Human), Lauren Weedman (The Five-Year Engagement), and Raul Castillo (Cold Weather) to series regulars after all three recurred during season one.

The second season of Looking, which recently began production, will premiere in early 2015. You can check out a recap of the first season finale here.

Will you be watching the second season of Looking? Which character do you think Eddie could be romancing? Who else would you like to see join the show?