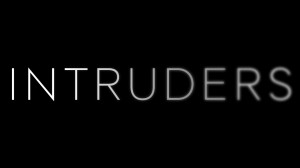 Based on the Michael Marshall Smith book of the same name and developed for television by Glen Morgan (The X-Files), Intruders follows former LAPD cop Jack Whelan (John Simm) as he deals with the disappearance of his wife and the destruction of his seemingly perfect life. Along the way, he comes to realize that the disappearance is even more sinister that he realized, all the while an agent embarks on a series of executions and a little girl encounters a world of danger when she runs away from home. All three storylines will intersect based on their connection to a secret society devoted to chasing immortality by seeking refuge in the bodies of others.

The series premiere of Intruders is set to air Saturday, August 23rd at 10:00 on BBC America. You can check out teasers for the series here.

Will you be watching Intruders? Does the trailer give you a better idea of what the show’s atmosphere will be like? Can BBC America catch lightning in a bottle again with a drama based on a small group of actors playing multiple roles apiece?