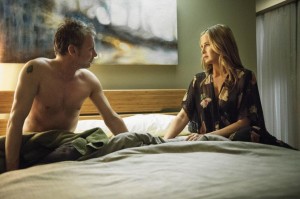 BBC America has made the first two episodes of paranormal drama Intruders available to watch through its Youtube channel, with the second episode being uploaded a week before its television premiere.

Created by Glen Morgan (The X-Files) and based on Michael Marshall Smith novel The Intruders, Intruders tells the story of a secret society who, in their quest for immortality, seek refuge in the bodies of others. Impacted by the presence of the society are former LAPD officer Jack Whelan (John Simm), as he begins investigating the mysterious disappearance of his wife Amy (Mira Sorvino); assassin Richard Shepherd (James Frain), who claims to be an FBI agent and embarks on a series of executions; and 9-year-old Madison (Millie Brown), who leaves home and faces the dangers of the world by herself.

It’s not an unusual practice for a cable network to make the series premiere of their latest scripted project available for free, but releasing two episodes at once is an interesting strategy for BBC America, one that could help build word-of-mouth and generate buzz around their original scripted programming. Though whether that buzz can translate into ratings remains to be seen, it’s encouraging to see networks trying creative strategies to help their programming stick out from the pack and it’s the type of decision-making that you want to see rewarded with strong ratings and solid momentum.

Will you be watching Intruders? What did you think about the show’s first episode? Should cable networks get in the habit of releasing multiple episodes to the public, if only to increase sampling for their scripted content?