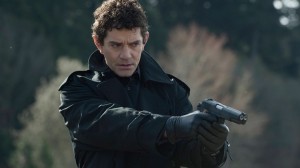 Richard Shepherd has made it as far as he has due to his willingness to follow orders. Working under the Nine, he’s become a premiere shepherd, someone who the higher-ups in the organization feel they can trust to carry out anything they see fit. Though Richard doesn’t always agree with the directions he’s given, he knows how dangerous it would be to disagree with orders and how much easier his life is when things are running smoothly with the Nine. Yet what would he do if he were to find out something that could cause a major shakeup in the organization, something that bring down a figure he would like to see destroyed?

On tonight’s episode of Intruders, Richard learns of a secret that could threaten Rose’s position in the Nine. Despite his reluctance to stir things up with his bosses for fear of retribution, Richard wants to seek revenge on Rose for forcing him to kill Bill Anderson, an act he didn’t deem necessary to the interests of the organization. In order to expose Rose’s incriminating actions without putting himself in her crosshairs, Richard is going to have to find another channel in order to reveal the truth, some way that can’t be traced back to him no matter which way the Nine looks. Luckily, the carefulness and attention to detail that Richard has exhibited in his time as a shepherd should prove assets in his quest for vengeance, but is he really going to be able to outthink the entirety of the Nine?

Elsewhere on Intruders, Rose confronts Jack about the cause of Amy’s recent strange behavior, while the Seattle Police Department pursues Marcus Fox.

What secret about Rose do you think Richard will discover? Will Rose try to take Richard out since his knowledge could impact her ascension? How close will Seattle PD come to nabbing Madison?