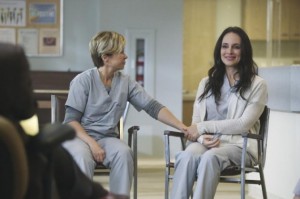 Emily knew that Victoria wouldn’t take her stint in the mental hospital lying down. It’s not as if once she checked the Hamptons Grand Dame into the facility, she would be rid of Victoria Grayson for the rest of her life, free to focus her attention on bringing down the rest of the family. Victoria has proven to have quite the survival instinct and what moments of lucidity she has while incapacitated like this will be spent plotting an escape route and figuring out how she can get back at Emily for doing this to her. But Emily has spent years tracking down the Graysons and maneuvering herself into the best position to strike, so now that she’s taken down arguably the toughest Grayson of them all, she’s going to relish the moment.

On the fourth season premiere of Revenge, Victoria sneaks and uses the phone in hopes of getting a sympathetic ear on the line. The workers at the facility might not believe her sanity, but surely someone at home will check her out of the hospital after hearing about her horrible experience thus far. Unfortunately for Victoria, Emily is the one who picks up the phone and ends up taunting her with the fact that she bought Grayson manor; Victoria might be angry about Pascal and about the deception that Emily has cast over her family, but those feelings can only grow more bitter the more that she hears Emily poking at her. Victoria Grayson is dangerously smart to begin with and at this point, she doesn’t need the motivation in order to want revenge on Emily, but for some reason, Emily has decided to rev up the greatest threat against her plan.

Elsewhere on Revenge, David prepares his next move after dispatching Conrad, while Emily plans her most surprising party yet.

The fourth season of Revenge premieres Sunday, September 28th at 10:00 on ABC. You can check out photos from the season premiere here.

How long do you think it’ll be before Victoria escapes the mental facility and comes after Emily? Should Emily be taunting Victoria when she knows that there’s a good chance the Grayson matriarch will make it out of the facility? What will David’s next move be now that he’s stabbed Conrad and left him for dead? 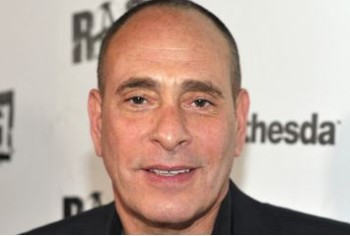