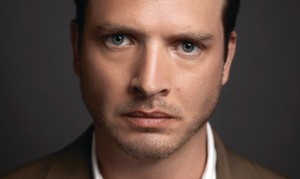 Ahead of the second season premiere of acclaimed drama Rectify, SundanceTV will marathon the full six-episode first season. Beginning Sunday, June 15th at 10:30 a.m., the journey of Daniel Holden, a man who lived 19 years on Death Row before being released, will shown once again, with the first season focusing on Daniel”s adjustment to life on the outside and how those in his town respond to his very presence. Though Daniel finds support in his sister Amantha and mother Janet, not everyone is so thrilled for him to be on the outside, something that makes his attempts at figuring out what a normal life for a man his age is all the more difficult.

Listed below are the times, titles, and descriptions of the episodes in SundanceTV”s upcoming Rectify marathon.

10:30 a.m. – “Always There”
In the series premiere, a convict who spent 19 years on death row is released on a technicality and must reindoctrinate himself into society in a small Georgia town, where a senator wants to reopen his case, and his sister worries about his safety.

11:30 – “Sexual Peeling”
Daniel gets reacquainted with the town, but Amantha fears for his safety, while Ted Jr. is concerned about the future of the family business. Later, Daniel”s welcome-home party turns into a tense event.

12:30 p.m. – “Modern Times”
Daniel is stressed over recent events, and Tawney reaches out to him without saying anything casino to her husband about it. Meanwhile, Amantha feels the town”s anger and worries that it might boil over.

2:30 – “Drip, Drip”
Daniel”s struggle to adjust to life outside of prison proves trying, while Ted Jr. questions whether he really is innocent.

3:30 – “Jacob”s Ladder”
In the Season 1 finale, angry town inhabitants reach a tipping point, while Foulkes leans on the DA to retry Daniel”s case as Daniel contemplates the future.

The second season of Rectify is set to premiere Thursday, June 19th at 9:00 on SundanceTV. You can check out a behind the scenes look at season two here, as well as a trailer for the season here.