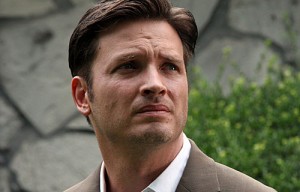 SundanceTV has released the official trailer for the second season of acclaimed drama Rectify, whose much-heralded first season was part of the network’s tremendously strong 2013.

Based on the trailer, season two of Rectify seems to focus on Daniel getting out into the world and making the type of decisions for himself that he’s never had to before. He was arrested when he was just a teenager and spent 20 years living in a situation where free will wasn’t in steady supply, so Daniel has to learn the types of life and social skills that he never had the chance to develop. And there’s the whole matter of his recovering from the beating he took in the first season finale and figuring out how to handle himself around town after such a traumatic event. If he hits back against those who sought to do him harm, he’ll be confirming all the things people have been saying about him for years, but if he finds a way to let it go and move on from the incident without seeking revenge, there’s a chance he’ll be looked at as weak and others will be invited to make his life a living hell for what they believe he did more than two decades ago.

Will you be watching the second season of Rectify? Do you think Daniel will ever be able to fully assimilate himself into the human race? What type of retribution will those who beat him up face during season two?