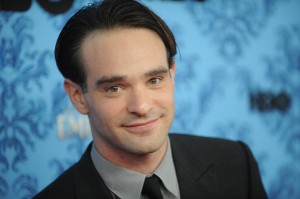 After finding a new showrunner for the superhero series Daredevil, Netflix has cast British actor Charlie Cox in the title role.

The Boardwalk Empire alum will play Matt Murdock, a blind lawyer with heightene senses and an alter ego as the crime-fighter, Daredevil.  Since his role on Boardwalk Empire Cox has been cast in two CBS drama pilots that did not make it to series (The Ordained, and an untitled Wall Street-set drama).

The 13-episode drama has also just recently picked up a new showrunner: Steven S. DeKnight (Spartacus) after Drew Goddard opted to leave the position, remaining as an executive producer, instead.

Daredevil is the lastest Marvel television project in development, with ABC’s picking up of Agent Carter, a Captain America spinoff, and Agents of S.H.I.E.L.D. moving into a second season.