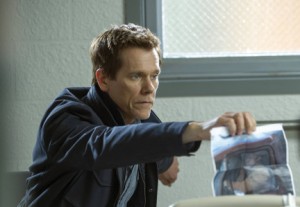 FOX has announced that New Girl, The Mindy Project, Brooklyn Nine-Nine, and The Following have all been renewed for the 2014-2015 television season.

“These shows are some of the best and acclaimed series on television, with influential, culture-driving stars, and some of the best, most creative talent behind the camera,” said Kevin Reilly, Chairman of Entertainment, and Joe Earley, Chief Operating Officer, Fox Broadcasting Company.  “All four are core assets within our 2014-15 portfolio of content, and we’re really happy to bring them back to our FOX fans for another season.”

The quartet joins Bones, Sleepy Hollow, and Glee in getting early renewals for next season, though the likes of Enlisted and Almost Human were left out in the cold for now. Though FOX promises additional pickups to be announced soon, the network has online casino been stockpiling programming for next season and there”s only so much space to go around, year-round programming initiative or not. The currently un-renewed shows certainly aren”t dead, at least in the case of Almost Human, but it”s going to be a long wait until May for those involved in certain productions.

With FOX getting the bulk of its upfronts announcements out of the way, The CW already renewing half its schedule, and CBS likely to give mass renewals later this month, it looks like the ball is effectively in the court of ABC and NBC, each without any major early renewals. NBC typically gives out its early passes to next season in March, meaning that the Peacock”s Golden Tickets could be distributed soon, while ABC tends to wait until the week before network upfronts to announce its renewal decisions.

The Following airs Mondays at 9:00 on FOX, with New Girl airing Tuesdays at 9:00 and Brooklyn Nine-Nine Tuesdays at 9:30. The Mindy Project is currently on hiatus and will return with new episodes in April.

What do you think about the latest renewals from FOX? Could this mean that Almost Human is done for? Will FOX make a reach renewal and pick up another season of Enlisted?