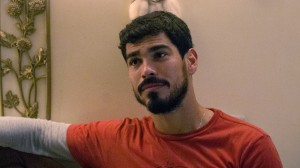 HBO has announced that gay-themed dramedy Looking has been renewed for a second season. As a part of the deal, Lauren Weedman, who plays Dom’s roommate Doris; Raul Castillo, who plays Patrick’s boyfriend Richie; and Russell Tovey, who plays Patrick’s boss Kevin will all be promoted to series regulars for season two. All three were recurring during season one.

A renewal for Looking didn’t always seem likely, as the show debuted to an underwhelming 338,000 viewers last month, a sharp drop-off from what its lead-in Girls was doing and a number that wouldn’t be sustainable, even on HBO, where live ratings aren’t the end all, be all of renewal decisions. However, thanks to strong word of mouth, the show has built in the ratings for several weeks running, resulting in a season high 519,000 live viewers for the most recent episode and two million weekly viewers once originals, replays, HBO Go, and On Demand are counted.

The show should return in winter 2015, where it will air along with the fourth season of Girls and the second season of True Detective; the latter doesn’t have an official renewal yet, though it’s a lock to return considering critical buzz, awards potential, and a massive 10 million weekly viewers. There’s been a lot of turnover in the HBO lineup in recent months, particularly when it comes to their comedies, as Family Tree and Hello Ladies were cancelled while fellow low-key comedy Getting On received its own second season recently. HBO also ordered broader-skewing The Brink and Ballers, with both likely being used in place of the drama carnage that will befall the network by the end of the year with True Blood, Boardwalk Empire, and The Newsroom all set to end in 2014.

Are you excited about getting another season of Looking? What do you hope happens during season two? Should HBO continuing airing the show with Girls and True Detective next year?