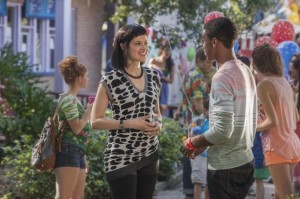 The CW has become the first network to reveal the season finale dates for each of its series, which will begin with the first season finale of The Tomorrow People on Monday, May 5th at 9:00. The following week, fellow freshman drama Star-Crossed will close out its season, this time at 8:00.

The Tuesday dramas will also be concluding their 2013-2014 runs a week apart, with The Originals drawing to a close on May 13th at 8:00 and Supernatural‘s ninth season going out with a bang on May 20th at 9:00. Arrow will conclude its third season on Wednesday, May 14th at 8:00, with midseason drama The 100 stretching its way into June with a first season finale on June 11th at 9:00. The Thursday dramas will be the only CW pairing that ends on the same night, as The Vampire Diaries and Reign will have their respective season finales on Thursday, May 15th. The lone remaining series, Hart of Dixie, will end its third season on Friday, May 16th at 9:00.

No date has been set for the resumption of Beauty and the Beast‘s second season, though The CW has announced that two-part miniseries Labyrinth will air Thursday, May 22nd and Friday, May 23rd. The project, which stars the likes of Katie McGrath and Tom Felton, chronicles the journeys of two women separated by centuries as they hunt for The Holy Grail.

Season finale dates for ABC, CBS, NBC, and FOX should all be released in the coming weeks, likely around the time we get summer schedules for each network.

Which CW finale are you most looking forward to? Of the currently unrenewed shows (Hart of Dixie, Beauty and the Beast, The Carrie Diaries, Star-Crossed, The 100, and The Tomorrow People), which do you think make it to another season? Are you surprised that talk of the end of the season has already begun?