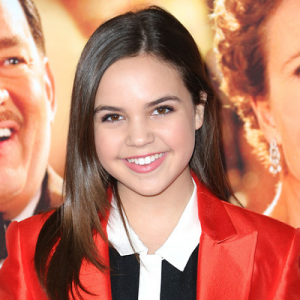 According to The Hollywood Reporter, Bailee Madison (Trophy Wife) is set to recur on the upcoming second season of The Fosters. Set to make her first appearance on the second season premiere, which begins filming this week for a summer premiere, Madison will play a girl from Callie’s past. No name or additional character information has been announced as of yet.

Callie has been forced to come to terms with her past and what that means for both her present and future during the winter run of The Fosters, as she realized that she has the family that she’s been looking for and that it’s no longer necessary for her defenses to be up. She’s in a good situation that could prove beneficial for her and Jude, a home full of the love, understanding, and kindness that they hadn’t encountered in the foster system. However, the appearance of Madison’s character could very easily shake the foundation that Callie has been building in the Foster’s home, as she could remind Callie of the person she used to be and the life that she would rather forget. Can Callie gather enough strength to be able to handle the baggage that Madison’s character could bring to her doorstep?

In addition to her role on the ABC comedy, which recently wrapped production on its first season, Madison has appeared on the likes of Once Upon a Time, Wizards of Waverly Place, and Holliston.

The Fosters airs Mondays at 9:00 on ABC Family. The show was renewed for a second season before the winter run of episodes premiered.

What type of connection do you think Madison’s character will have to Callie’s past? Is there a chance that her appearance will be a positive thing for Callie rather than something negative or emotionally damaging? Who else would you like to see guest star on the second season of The Fosters?