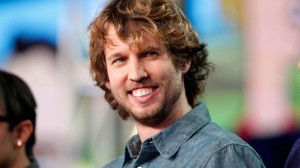 Napoleon Dynamite‘s Jon Heder will be returning to Fox, starring in the nets Ricky Blitt comedy currently known as Here’s Your Damn Family.

The comedy centers on a mother (Jane Kaczmarek) who shocks her 30-something son with a new marriage after being single for two decades.  Plus, her new husband is bringing home his own three children.

Heder will be playing Richard, her son, who is described as a “rare combination of intense intelligence and sloth-like underachiever.”

The role marks Heder’s first role as a series regular on television since Fox’s animated remake series based on Napoleon Dynamite.  His other credits include: Robot Chicken, My Name Is Earl, and Dead Grandma.