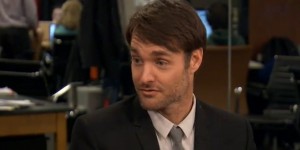 Deadline is reporting that FOX has given Will Forte-created comedy Last Man on Earth a series order, with production on the first episode set to begin this summer. The series, a collaboration with Phil Lord and Chris Miller (The Lego Movie, Clone High), will star Forte as a man who meets a stranger he must work with to ensure the survival of the human race. No other casting has been announced as of yet, nor has an episode count been revealed, though Last Man on Earth is eyed for a midseason birth next season. FOX could reveal when to expect the show as early as May upfronts.

In a development season whose focus has been on the network’s shying away from pilots, FOX has been leading the way in sheer volume of off-cycle series orders, as Last Man on Earth marks the second new comedy that will be joining the network’s slate next season. Along with Cabot College, a multi-cam from Tina Fey; action-adventure drama Hieroglyph; character procedural Backstrom; comic origin story Gotham; and reality series Utopia, the show’s performance next season will be heavily examined for hints on whether the straight-to-series approach is worthwhile for the broadcast networks to explore. If a true hit manages to come from this scrum of shows, it might be a sign that the networks should further abandon the concept of pilot season.

Saturday Night Live alum Forte, who has been nominated for an Emmy and an Independent Spirit Award in the last year, has appeared on the likes of Kroll Show, 30 Rock, and The League.

Does Last Man on Earth sound like something you would watch? Will it fit alongside the other FOX comedies next season or will its unusual concept make it stick out for the wrong reasons? Will FOX’s aggression during development season help or harm its performance next season?