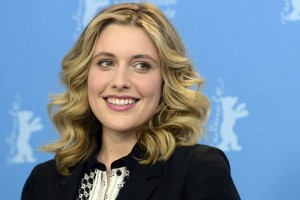 Greta Gerwig has snagged the lead role in the much talked-about spinoff pilot.

She will be playing Sally, who will follow the HIMYM pattern and gradually reveal how she met her partner through a series of flashbacks.  Sally is being described as “a female Peter Pan who has never grown up and has no idea of where she’s going in life.  She has just figured out that she has nothing in common with her husband of less than a year.  A break-up is inevitable, but Sally will find a solid circle of support in her friends and family, who are often too willing to give ‘good’ advice that can backfire badly.  Meanwhile, Sally must filter out the input and decide what’s best for her.”

Given that extensive description it is easy to see that the series will take some welcome departures from the HIMYM style.  Though a comedy, it would appear that How I Met Your Dad might air slightly on the more serious side – really, just a different tone than the soon-to-be-ending series it has spun from.

Gerwig is mainly known as an indie actress and filmmaker rather than a television personality, which makes her an almost surprising choice for the noteworthy role.  On television, Gerwig has previously given her voice for the Adult Swim show China, II.  She has also earned a Golden Globe nomination for her performance in Frances Ha, and appeared in the Russell Brand remake of Arthur.

Gerwig will also be recieving a producer credit for HIMYD.

Only one question remains….who will be Gerwig’s future voice?