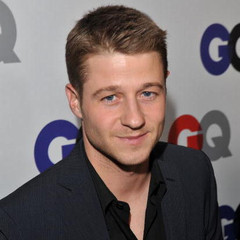 McKenzie will personify Detective James Gordon (eventually Commissioner Gordon) in Fox’s Batman prequel, which has garnered some attention since its announcement.

The buzzed-about series explores the origins of Gotham City’s most notable residents, including The Joker, The Penguin, and a young Batman, of course.  Bruno Heller of The Mentalist penned the pilot script and will be serving as executive producer.  Along side him will be Danny Cannon (Nikita, CSI), also executive producing, and directing out of Warner Bros. Television.

The series is described by Fox’s etertainment chairman Kevin Reilly as a “true origin story,” focusing on Gordon as well as Gotham’s most famous villains.  Reilly has said that the show will be very serialized – not a “companion” show.

How the pilot – which has a series commitment attached – plays for the network should be interesting as they join their broadcast company in playing with programming of the sci-fi/fantasy/superhero genre.  Albeit popular, it is hard to say how well Gotham could fare for Fox.

What do you think?  Hit the comments!