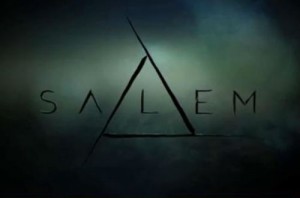 WGN America has released the first trailer for Salem, its first original scripted drama series. Created by Brannon Braga (Star Trek: Enterprise) and Adam Simon (The Haunting in Connecticut), the series centers on volatile 17th century Salem, Massachusetts during the time of the infamous witch trials. Salem is said to examine what exactly made the townspeople as paranoid about the presence of witches as they were and uncover the truth about the women who were persecuted for the way they lived their lives. In the show’s universe, the witches are real, but they’re not what they initially seem to be and that misunderstanding led to their eventual downfall.

Filmed on a Louisiana set meant to accurately replicate the architecture of the 17th century northeast, Salem will be the first of two original dramas that will find their way onto WGN America, a regional network looking for national prominence, in 2014. In addition to Salem, the network will premiere Manhattan, centering on the mission to build the world’s first atomic bomb, this coming July.

Salem stars Shane West (Nikita) as troubled war veteran John Alden; Janet Montgomery (Made in Jersey) as beleaguered enchantress Mary Sibley; Xander Berkley (Being Human) as manipulative Magistrate Hale; Seth Gabel (Fringe) as Cotton Mather, a man who fans the flames of paranoia in and around Salem; and Ashley Madekwe (Secret Diary of a Call Girl) as Tituba, Mary’s accomplice and fellow enchantress.

The series premiere of Salem is set to air Sunday, April 20th on WGN America. You can check out several additional teasers for the series here.

Will you be watching Salem? How do you think the teasers compare to the first trailer? Is Salem going to run into witch fatigue since it will come after the debuts of The Secret Circle, Witches of East End, and American Horror Story: Coven?