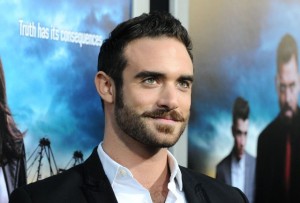 Deadline is reporting that Joshua Sasse (Rogue) has signed on for a recurring role on The Neighbors. He’s reportedly set to play Larry’s well-liked brother, who comes to Earth to fix the mess that has been created by his brother getting himself cut off from the family fortune.

Thus far this season on The Neighbors, the Bird/Joyner-Kersee household has been adjusting to life without the safety net of Larry’s family. It’s been difficult for the family to go from a life of comfort to one where they have to work for their income, but ultimately, Larry and Jackie have felt rewarded in being able to (mostly) stand on their own two feet. Granted, they still have a lot to learn about life on Earth, and Larry’s insecurity about not being able to provide for his family in the way he desires likely to be exacerbated by his brother’s appearance, but financially, they’ve been able to keep things together and through this difficult time, learn more about the character and fortitude that the other possesses.

In addition to his role on the DirecTV crime drama, Sasse has appeared in films Frankenstein’s Army and The Big I Am. He’s currently attached to Galavant, a pilot headed by The Neighbors creator Dan Fogelman.

The Neighbors airs Fridays at 8:30 on ABC. You can catch up on the show on Hulu or ABC.com. At ABC’s recent TCA session, network president Paul Lee admitted to being disappointed in the show’s performance following its move to Fridays, though he acknowledges that the problem is less the show and more about getting people to sample it.

What have you thought about the second season of The Neighbors? How long do you think Larry’s brother will hang around? Who else in the Bird/Joyner-Kersee extended family would you like to see pop up?