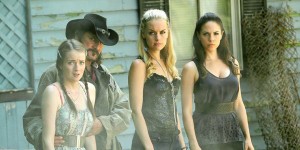 Syfy has announced that beginning Monday, January 27th, Lost Girl and Bitten will be swapping timeslots, with the former moving back to the 10:00 it’s occupied for much of its run on the network and the latter’s first season pushed forward to 8:00.

In a lot of ways, this move is positive for both Lost Girl and Bitten, though it comes after each have had trouble getting a foothold in the ratings this season. Lost Girl has succeeded in the 10:00 slot before and is different enough from the main genre competition in the hour (Teen Wolf) to where it will have a shot at keeping more of Being Human‘s audience, while Bitten gets out of the way of a rather similar show and finds itself in the hour that Continuum earned itself a second season on Syfy. There’s no guarantee that the move will perk up the night’s ratings, especially since the network has advertised the bloc of shows in their former order for weeks, but this alignment gives all three shows a better chance at success; assuming Syfy gives Bitten and Lost Girl a couple of extra reruns during the week and makes sure commercials advertising the timeslot flip become prominent, it might just be the best thing for each show and the network as a whole.

On the next episode of Lost Girl, Bo puts herself on the line for a family haunted by a body jumper Fae, while Lauren realizes that she can no longer outrun her past. Meanwhile, on Bitten, old feelings between Elena and Clay resurface when they track the Mutt to a local warehouse. You can check out previews for each episode below.

Have you been watching Lost Girl and Bitten this season? Do you think that the move will help each find an audience? Should Syfy have used Helix on Mondays and pushed one of the Canadian productions to Fridays?