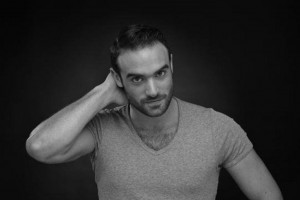 Larry’s brother’s visit to Earth has only upped the pressure on the alien colony to prove that their mission on Earth has not been in vein. It took a lot for Grandfather to back down this time last year when he wanted to bring the rest of the aliens home, but since he’s seen that there’s no progress in the colony, he knows that now is his best chance to either transport his subjects back to Zabvron or transfer leadership from Larry to Jeff. But will Larry, Jackie, Reggie, and Dick even want to leave Earth? While they haven’t learned as much as they could have, they don’t want to leave now that they’re getting more accustomed to the way life works down here and Larry, especially, doesn’t want to admit defeat. Is there a chance that the Zabvronians could prove to Grandfather and Jeff that they deserve more time on Earth?

Listed below are the dates, titles, and descriptions of the final two episodes of The Neighbors season two.

Friday, April 4th – “All That Jazzy Jeff”
Larry’s good-looking brother, DJ Jazzy Jeff, arrives in the community and tells everyone he is just there to visit his family, but in reality, he is secretly working with his father to bring everyone home to Zabvron. Will he succeed with their plan? Meanwhile, Amber has a new college boyfriend and finally confides in Debbie. Will she be able to keep Amber’s confidence?

Friday, April 11th – “There Goes the Neighbors’ Hood”
Larry learns that he is pregnant and makes a decision about returning home or staying with the rest of the Zabvronians. Meanwhile, Reggie must also decide if he wants to stay himself or turn human, and the families see two new visitors arriving at the neighborhood (Candace Cameron and Scott Weinger).

The Neighbors airs Fridays at 8:30 on ABC. You can check out a recap of the most recent episode here.

Do you think the aliens will return to Zabvron? Should Reggie stay himself or turn human? What purpose could the two new visitors to the colony have?