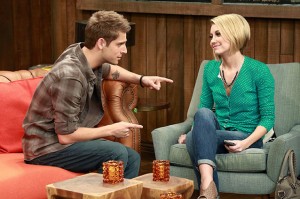 Angela”s reappearance into Ben”s life will almost assuredly have an impact on Emma”s custody, as she wants to spend time with the daughter she abandoned and prove to both herself and Ben that she can be a good mother, that she deserves the opportunity to get to know Emma. However, Angela showing up after vanishing is going to potentially have an even greater impact on Ben”s life away from Emma, which she completely upended by leaving the baby on his doorstep in the pilot episode of Baby Daddy. Ben”s spent the duration of the series trying to become a better father while not allowing fatherhood to become his sole trait; included in that is his new relationship with Riley, taken to the next level following a years-long friendship. Even the strongest romantic relationship would be tested by something like Angela”s reappearance, but can Ben and Riley weather the storm and emerge on the other side more committed than ever?

Listed below are the dates, titles, and descriptions of the first three episodes of Baby Daddy“s third season.

Wednesday, January 15th – “The Naked Truth”
Ben and Riley try to transition from friendship to being a couple, which results in a hugely embarrassing moment for Riley. Ben is still angry with Bonnie for bringing Emma”s mom Angela (guest star Mimi Gianopulos) back into their lives. Angela tries to show Bonnie she”s a capable mother while hoping for a fresh start with Ben. Meanwhile, Tucker tries to help Danny get over Riley and Amy with his casino spiele five-step “T.U.C.K.E.R.” break-up recovery system.

Wednesday, January 22nd – “The Lying Game”
Angela has been crashing in the boys” apartment, trying to spend more time with Emma and get closer to Ben. Her presence puts strain on Ben and Riley”s relationship, but Ben doesn”t have the heart – or the guts – to ask her to leave. Tucker plots to show Riley that Angela is trying to steal her man and Danny decides that the only way he can heal his broken heart is to get his own apartment. Meanwhile, Bonnie begins dating a younger man.

Wednesday, January 29th – “Lights! Camera! No Action!”
Ben catches Riley in a compromising position with her ex-boyfriend Fitch (Matt Dallas), which leads to a massive blow-out between the two. Danny worries that the combination of his low stats and his Rangers jersey not selling in stores means his future with the team is in jeopardy. Tucker gets a job assisting Mary Hart on her new talk show, “The Mary Hart Show,” and sets his sights on becoming a producer. Bonnie convinces Tucker to have Danny as a guest on the show to increase his popularity, but when Mary digs a little too deep into Danny”s personal life, he has an emotional meltdown.

Do you think that Ben and Riley will be able to get a handle on the new territory they”re exploring in their relationship? Will Danny flourish once he moves out on his own and away from the drama? Should Ben allow Angela to keep living at his place, even with the negative impact it could have on his relationship?