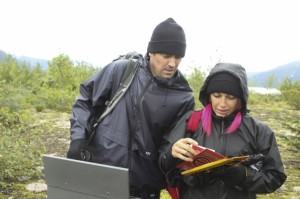 CBS has revealed premiere dates for the next installments of veterans reality series Survivor and The Amazing Race. The former will be having a two-hour season premiere on Wednesday, February 26th at 8:00, while the latter begins Sunday, February 23rd at 8:00.

This season on Survivor, filmed in Cagayan, Philippines, the theme is Brawn vs. Beauty vs. Brains, as eighteen contestants will be divided among the three tribal lines – athletic, physically-gifted Brawn; aesthetically pleasing Beauty; and intellectually-gifted Brains. The show’s most recent edition, which concluded this past December, averaged 11.58 million viewers, 3.2/10 in adults 18-49 and 4.2/11 in adults 25-54 and ranked as the #2 reality series on broadcast television in adults 18-49.

Having averaged over 10 million viewers for its last season, nine-time Emmy winner The Amazing Race will feature 11 returning teams on the hunt for the $1 million prize. A full cast list has yet to be announced, though names have been circulating online as to who could be on the journey of a lifetime one more time.

CBS has yet to reveal what will be airing Sundays and Wednesdays at 8:00 until Survivor and The Amazing Race make their respective premieres. This is the first midseason announcement from the network and likely the first of several to come at today’s TCA session; given how stable Survivor and The Amazing Race are despite their advancing ages, it was a given that they would stay where they’ve been able to flourish, the former extremely competitive in its time slot and the latter coming off a season dealing with fall football overrun.

Will you be watching the upcoming seasons of Survivor or The Amazing Race? Does the Survivor theme sound interesting or do you hope it’ll fizzle out within the first few weeks of the game? Which teams would you like to see return to The Amazing Race for another shot at the prize?